The 18-member board unanimously approved a six-story, 105-unit apartment building at 6145 N. Broadway and a four-story condo building at a former substance abuse center located at 5691 N. Ridge Ave.

After a series of community meetings on the developments, Ald. Harry Osterman (48th) said he would support the three projects at City Hall.

No action was taken on a third building known as the Overture Edgewater, 5440 N. Sheridan Road, which must first go before the city’s Plan Commission.

Osterman praised the developers Monday, in particular the North Broadway building spearheaded by City Pads and Catapult Real Estate Solutions, for their willingness to adapt based on community feedback, as well as voluntarily offer affordable housing.

Ten percent of apartments will be set aside at an affordable rate in accordance with city ordinances, though developers are no longer required to do so because the building now has fewer apartments than originally pitched.

The developer is also working with the Chicago Housing Authority and may reach an agreement to set aside an additional 10 percent for low-income residents, Osterman said.

“The developer went above and beyond,” Osterman said. “This is a balanced, positive development that is good for the community.”

The Ridge Avenue proposal includes nine units, at least nine parking spaces and about 3,400-square-feet of ground-floor retail space that Osterman said Tuesday could potentially become a tenth residence if not used commercially.

A public green space would also be added. 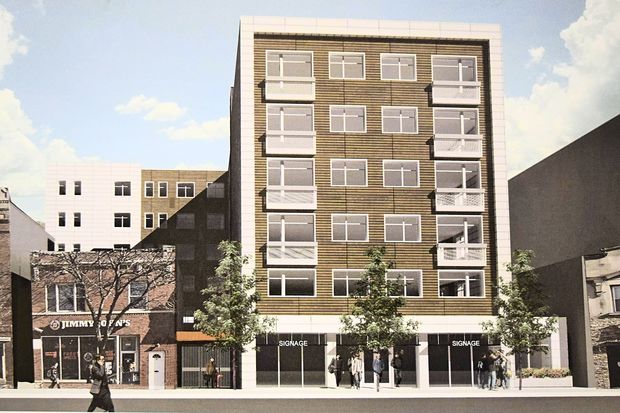 A rendering of the revised plans for 6145 N. Broadway, showing a new facade. [DNAinfo/Linze Rice] 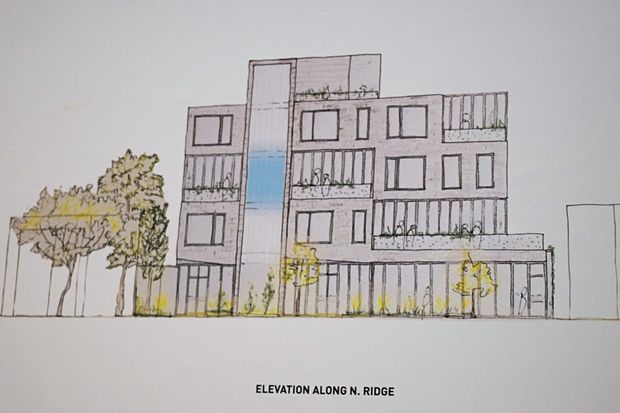